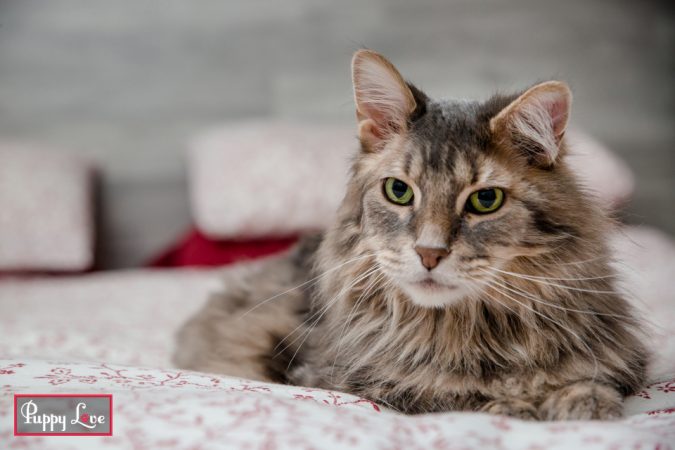 Damien looks just like a little lion! With his fluffy mane, mature face, and huge paws, he looks ready to protect his kingdom… but maybe only once he wakes up from his nap. Damien was lounging around and having an overall chill day when I arrived for his photos. He inquisitively watched me work, but made sure I put in more effort than he did. ;) 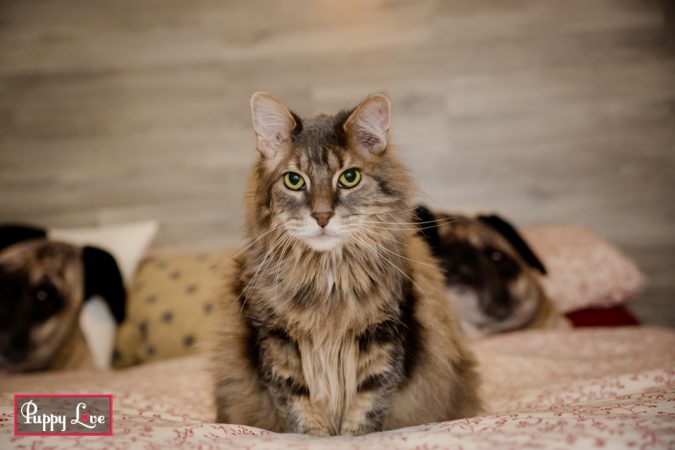 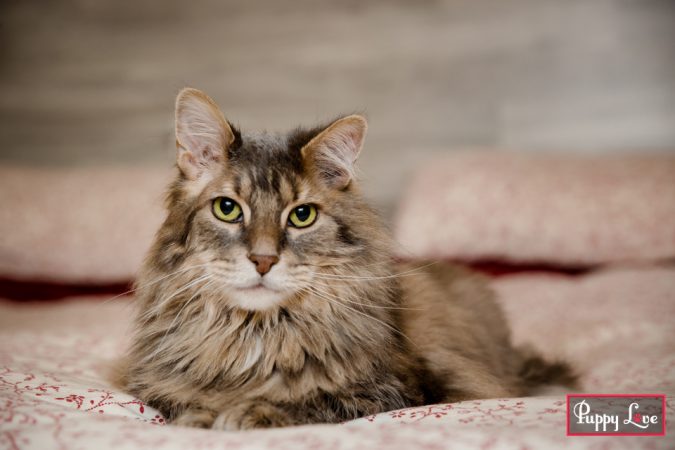 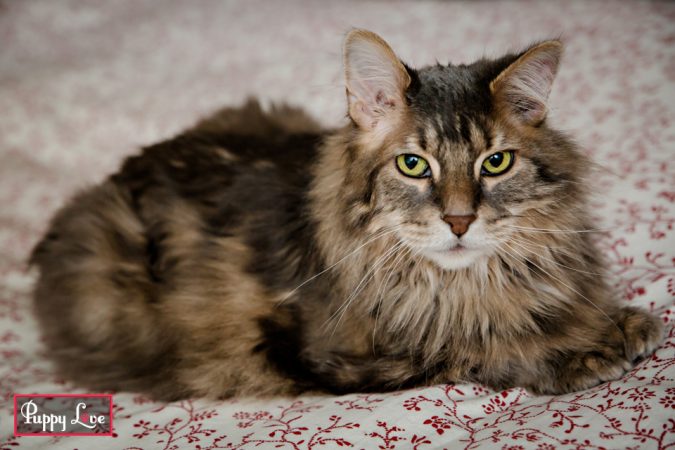 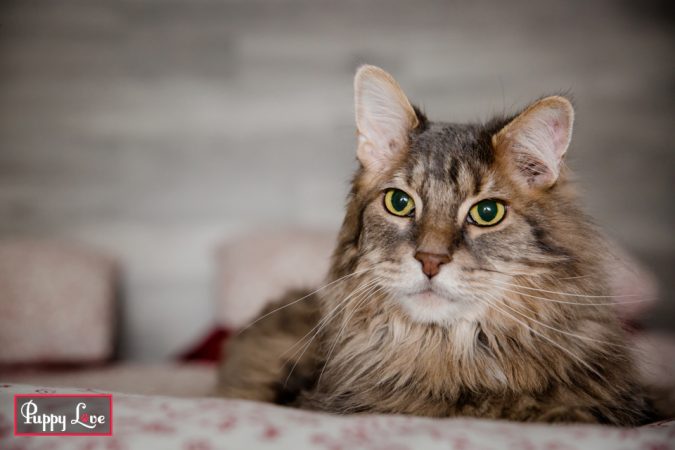 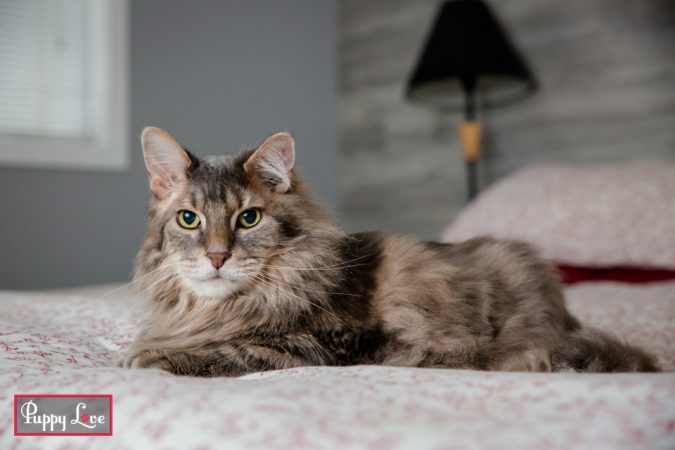 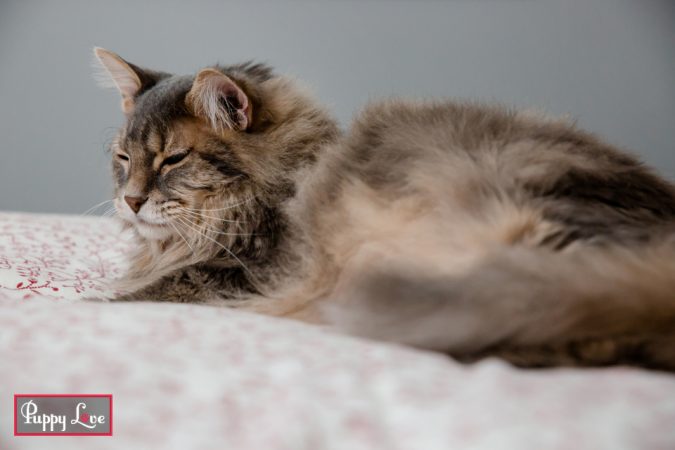 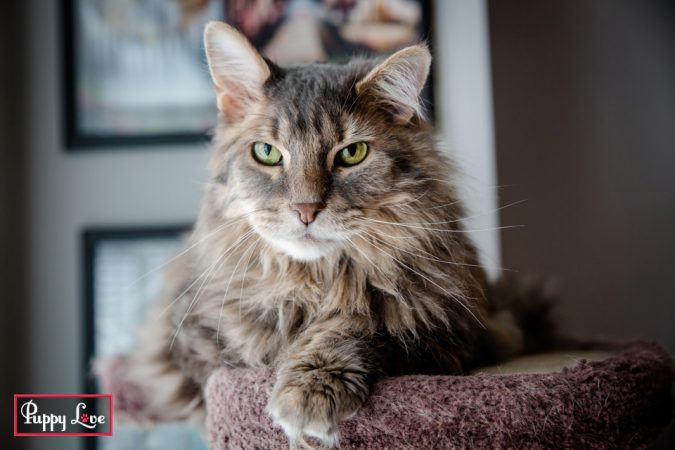 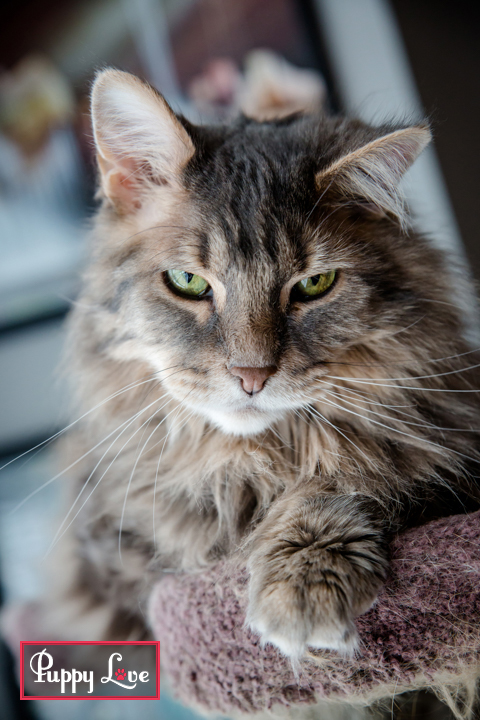 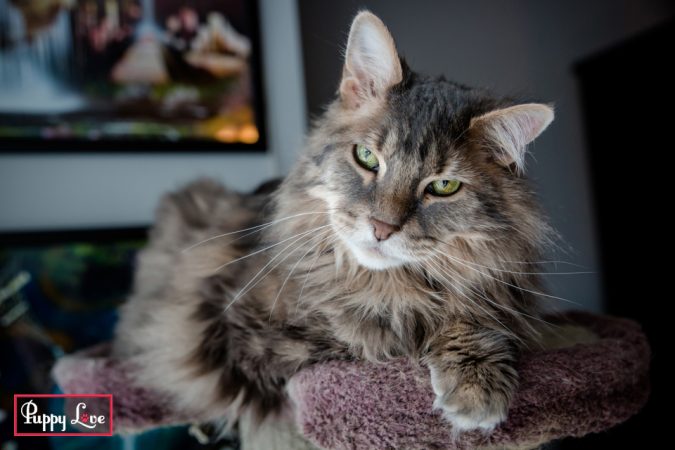