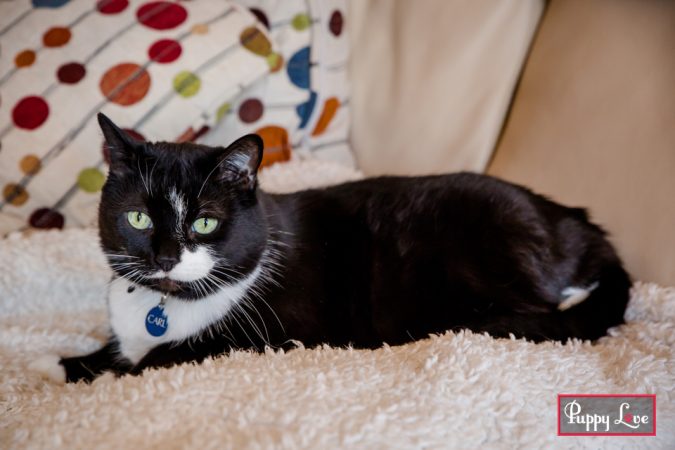 This was my second time photographing Carl, and I can’t believe he’s the same cat! The first year he appeared in the calendar, he made it clear I could only photograph him from one room away (because I was a VERY scary dangerous lady). After several photographs, that was enough and he was gone! Over the past few years, Carl has built up his confidence in his loving home and awaited his photoshoot on the living room sofa! He let me work all kinds of angles only inches from him… and I do mean work because he decided to just lay there while I did everything! I’m so glad he finally let me get so close to him. 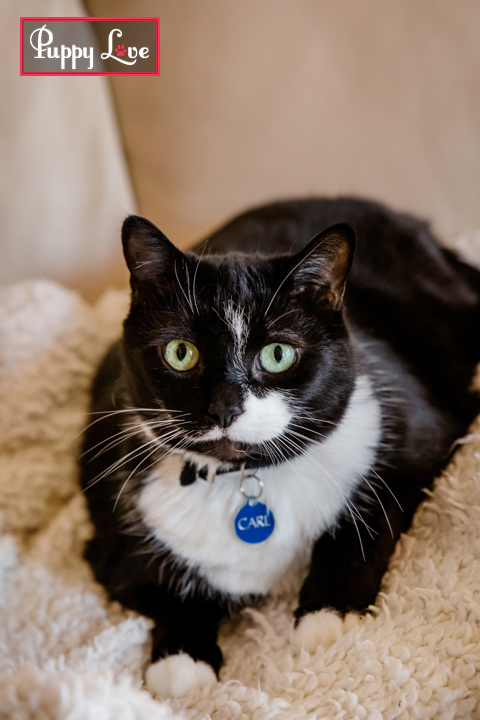 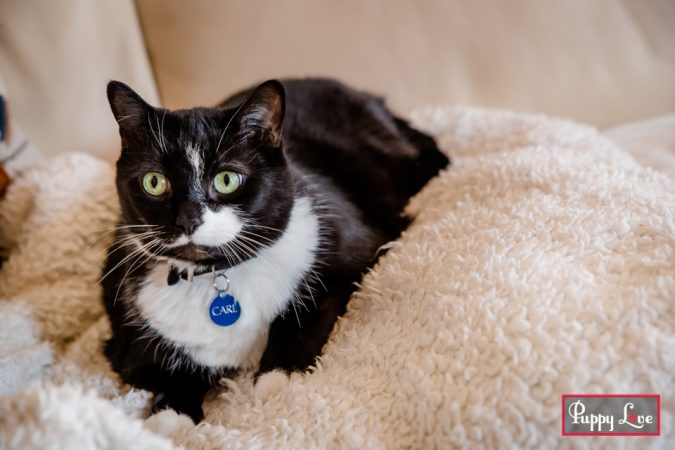 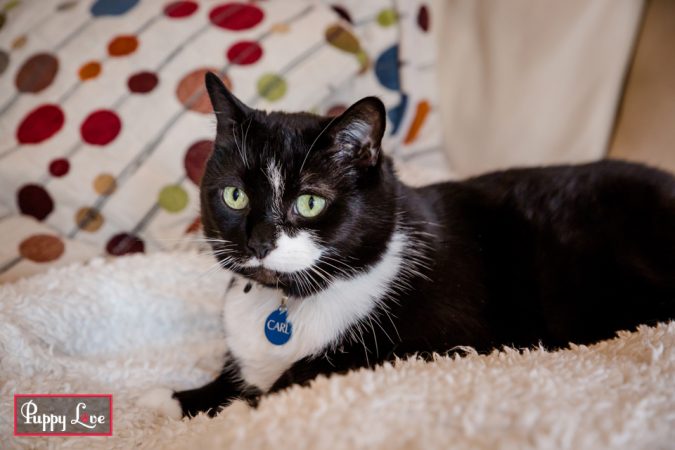 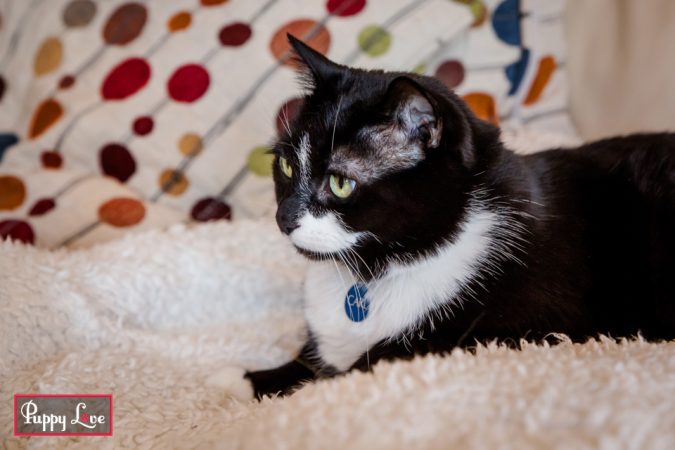 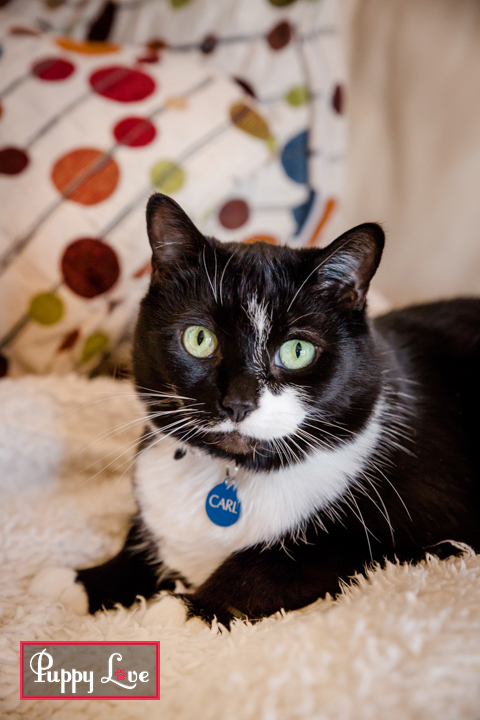 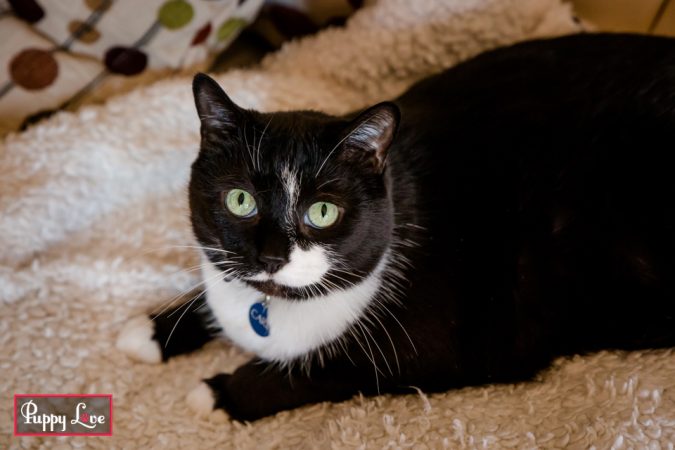