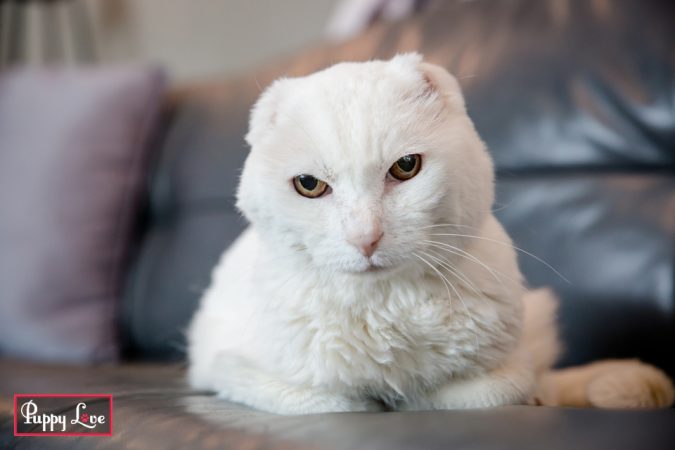 Don’t let Benjy’s outward appearance fool you; he’s not angry at all! Benjy lost his ears before being rescued, giving him his stern appearance. In reality he’s a gentle, kind cat who loves to spend his senior years chilling out on the couch. 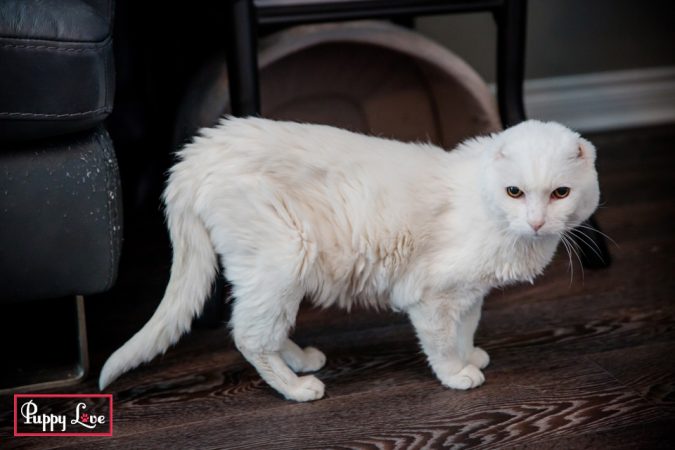 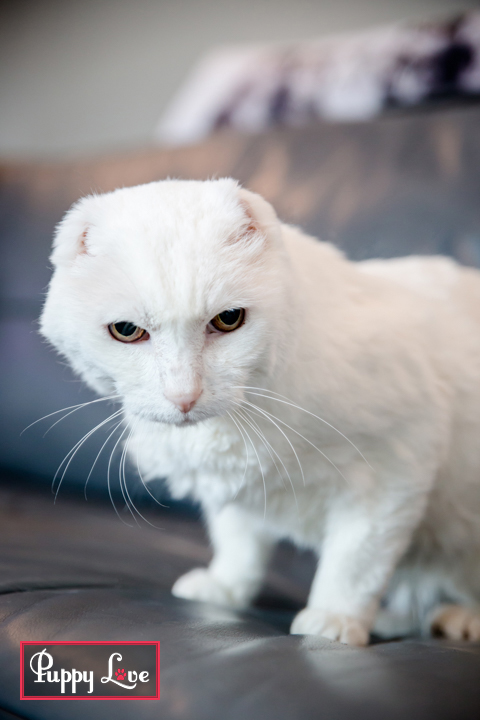 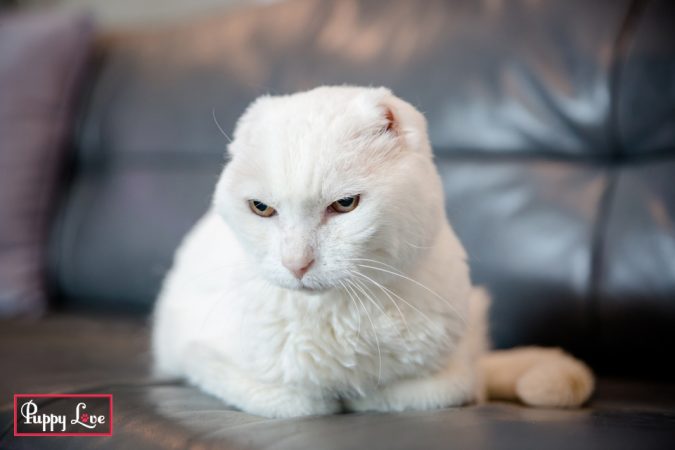 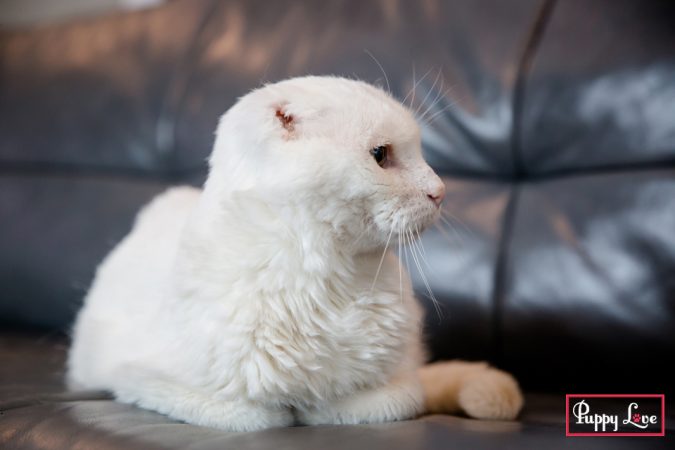 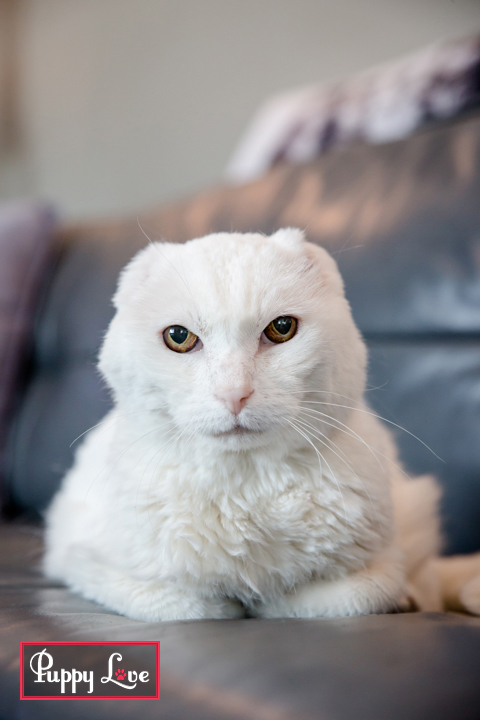 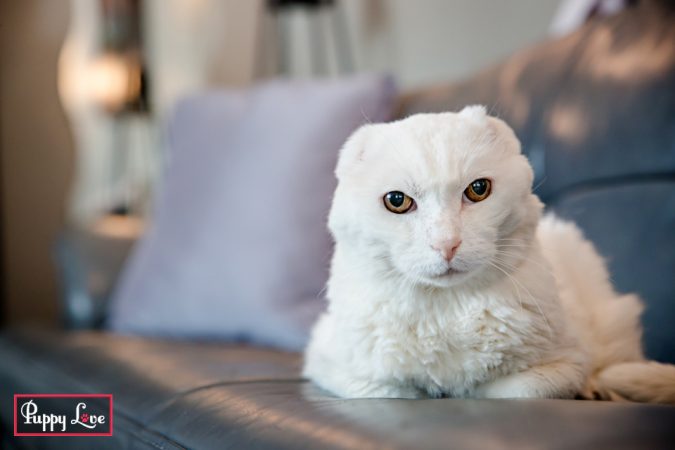 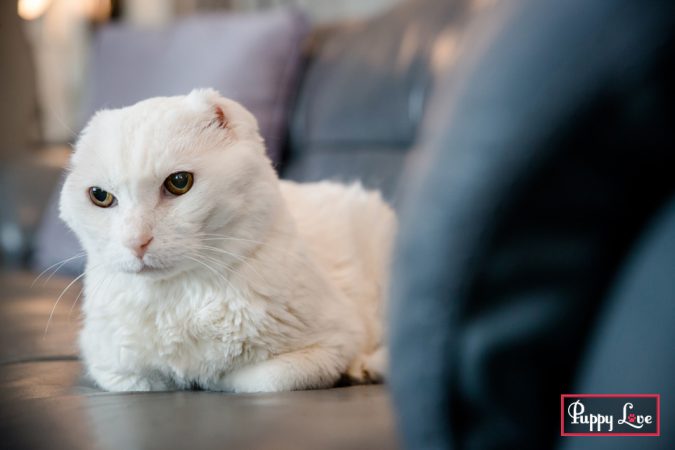 Getting some help posing from his orange friend! 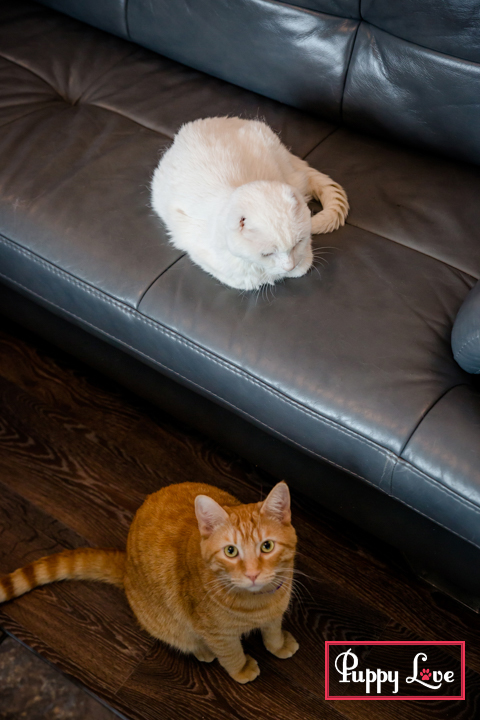 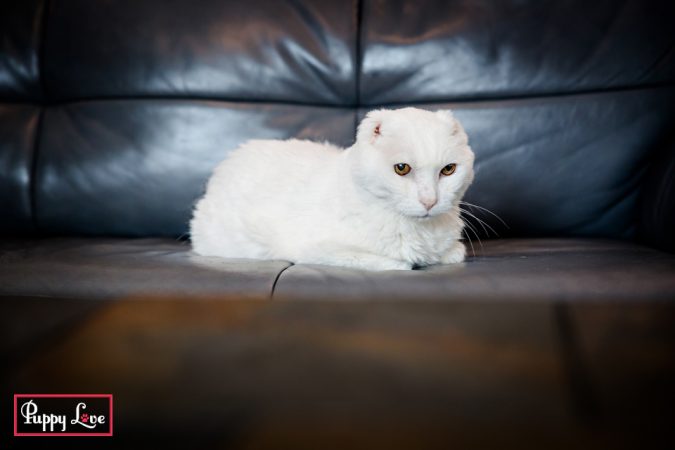